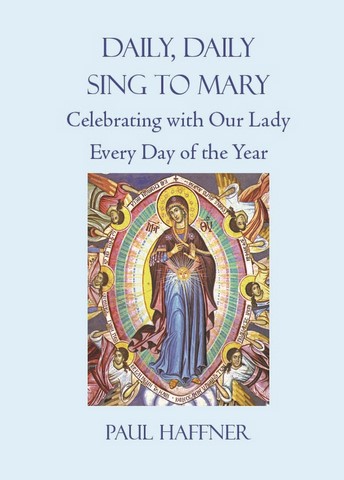 Every day of the year is a day for the Lord, but also for His Blessed Mother, Mary. Daily, Daily Sing to Mary lies in the tradition of the Marian Calendar, a collection of feasts honouring the Blessed Virgin Mary. Each day brings to mind the actions the Mother of God has undertaken on behalf of Christians of all nations and kingdoms throughout the ages. The story for each day of the year also brings a lesson for us.
The original Marian Calendar was first published when King Louis XIV of France was still a boy, and it is in reality a collection of famous sites of pilgrimage to the Blessed Virgin throughout all of Christendom. This work is offered to the Christian world for the hundredth anniversary of the apparitions of Our Lady at Fatima. The accounts provide abundant proof that Mary, the Mother of God, has indeed claimed the hearts of Christians from the earliest centuries down to the present day. They are also evidence of the value of the Blessed Mother’s influence and mediation on the behalf of her children before the throne of God.
In these pages, for each day of the year, we have endeavoured to list a particular miracle, apparition, conversion, or healing which took place on that day throuigh the maternal hands of Our Lady. On occasions we also recall events in which Our Lady saved people from all kinds of danger, at sea or on land. We have also documented simple events, like the finding of a Marian image which may not seem in themselves to be miraculous, but point to a deep care which the Mother of God has for her Son’s people. We have taken episodes from all parts of the world in a truly Catholic way, showing that Our Lady has influenced so many people’s lives and often in non-Catholic and even non-Christian lands.