The Tiara and the Test Tube 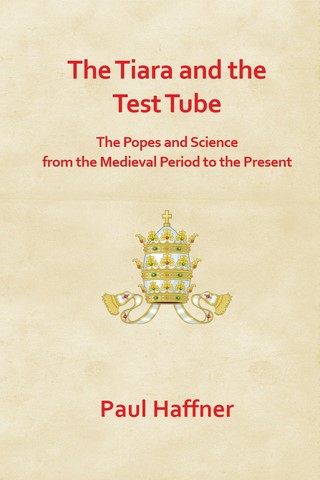 A popular myth put about by secularists is that between the Church and science, the relationship has been, and continues to be, a stormy one. Nothing could in fact be further from the truth. An analysis of historical data shows that modern science developed in the medieval period against a background of Christian faith in the creation.
Pope Sylvester II was a brilliant mathematician whose discoveries led to the number system we use today. Pope Innocent III founded a hospital in Rome which was the basis for the modern city hospital system world-wide. The civil calendar in use today owes its existence to Pope Gregory XIII. The Pontifical Academy of Sciences and the Vatican Observatory are both highly-respected institutions which continue to contribute to scientific progress.
The book also shows how four recent Popes have contributed in a special way to the dialogue between faith and science: Pope Pius XII who renewed the proofs for the existence of God in the light of modern science, Pope St John Paul II who reaffirmed the crucial importance of the dignity of the human person in science, Pope Benedict XVI who proposed the rational basis for creation in terms of the doctrine of the Logos, and Pope Francis who sees science in terms of the existential periphery to be evangelised.